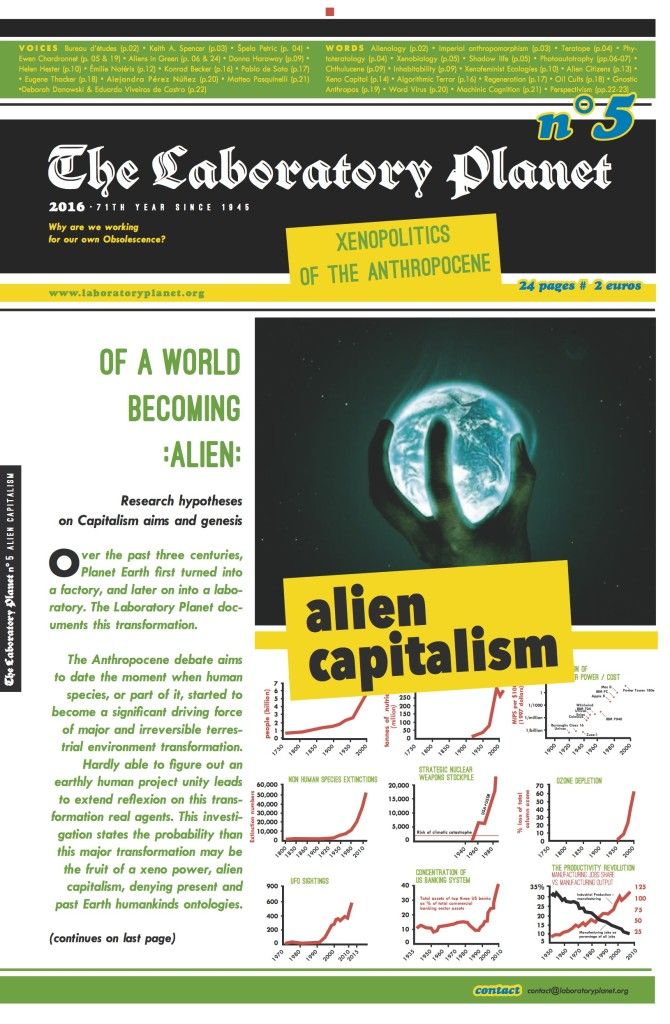 The newspaper “The Laboratory Planet” was created in 2007 at the initiative of Ewen Chardronnet and the group of artists Bureau d’études who assumed overall editorial responsibility since.

Publication dependent on funding opportunities, four issues have been published between 2008 and 2011, with mixed prints 5,000 copies in French and 5,000 in English.

The Issue 5 : “Alien Capitalism: Xenopolitics of the Anthropocene” was published on February 4, 2016, for Transmediale in Berlin. It was co-produced by PING (Nantes), Jeu de Paume (Paris) and the crowdfunders of Goteo platform.

The dissemination was carried out by support networks or at activist or cultural events or interventions in academic contexts.

“Since World War, the planet is gradually transformed into a scale 1 laboratory. The old model of “world factory” has given way to the model of the “world laboratory”.
Objects of this laboratory, can we also be the subjects? Can we reclaim this huge machine that became autonomous and is now developing according to its own dynamic? Can we redirect the fate and direction of this laboratory?”

Issue 5 : Of a World Becoming Alien

The Anthropocene debate aims to define the moment when human species, or part of it, started to become a significant driving force of major and irreversible transformation of the terrestrial environment. As we can hardly manage to form an united human project on earth, we might as well consider that the real actors of this transformation may not be humans, which leads us to wonder who the trouble makers might be. We will consider that this major transformation is due to alien agents, leaving the perceptions one might have of this term as open as possible.

Laboratory planet or captured planet, put to work, denatured, rebuilt by aliens? From who or what capitalism is then the name? What is this unconscious colonial enterprise? Basically, we may not know yet…

This is from this non-knowing that we have decided to open an exploratory research around the alien capitalism. Not yet marked research, tangled, complex, the journal will aim to provide beacons, lights, fragments of analysis.

• The First hypothesis speculates about a capitalism which sets its sights on devastating the Earth with the prospect of its future desertion, which would be the symptom for the « alien ». The alien here, would be the one who leave his terrestrial origins to become other, to give themselves other bodies, other futures, finding, perhaps, other origins that the salience of their cradle would have hidden. They would come into being from a powerful action for the sake of the cosmic destiny of humanity in progress, they would strive to redefine or even free themselves from the earthbound co-evolution of humans and non-humans, leave Earth behind for outer space. Humans here are « aliens » as they break away from the devastated planet and maintain an utopian outlook.

In contrast, a non-alien would be operating a tragic re-rooting, a return to earth, disconnecting himself from the epic story of the escapist alien agenda.

• The Second hypothesis refers to Planet earth’s own alien roots. Earth, far from belonging to itself, has participated in a cosmic economy, which by the falling of asteroids loaded the planet with gold, water, precious metals, viruses,… active elements of its evolution and transformation, fertilising it and so that organic resources emerge. Earth would then be a place of socialisation and acclimatisation, a becoming-earthling of alien entities and components. In this way, Earth could appear as a pirate spot where treasures are gathered by the accumulation of accidents, positioning terrestrial society as a community of shipwrecked sailors, building – either voluntary or involuntary – the future of their island.

• The Third hypothesis questions a triple privilege : the privilege of humans over another species – terrestrial or not – (speciesism), the privilege of Earth over other cosmic environments (earth-centrism), the privilege of living organisms over other carbon-free living organisms (biocentrism). From these questions, a post-humanism comes into form, a becoming-alien of humans based on a plurality of intelligent agents, having moral criteria freed from the limits of the humanistic canon or even from terrestrial and biocentric canons. This post-humanism would stimulate the development of new forms of community ethics, new functional assemblies, and the experimentation of new processes of being which, as non-humans, could be defined as alien.

• The Forth hypothesis turns alien capitalism into a meta-discourse, a field of abstraction looming over what is real, with a strong effect of authority. Inventories of ressources in the abstract places of laboratories (the stock market is a sort of laboratory), setting out their respective roles in the same grand system, this meta-discource tells of the planet that has become capital; put to work, that is to say rendered foreign even to itself, managed like an innovative enterprise. Supported by simulations, technocratic narratives, convincing reconstructions of events, this discursive machine is rooted by the appliances of capturing and projecting spaces that orientate our actions, focus our desires, control bodies, legitimise regulations, drive industrial mutations, scientifically govern or subvert mass cognition.

Who is who’s alien ? …a political question

Let’s speculate about passports being made and issued to alien entities. Would they only be issued by the little green men that Men in Black are taking care of? Wouldn’t they also be useful to the « unidentified migrants » and sans-papiers who spread over Europe just like UFO’s? The field of questions opened by the notion of alien also opens the question of the limits of political institutions, and what Hannah Arendt called non-humans; having no status, and therefore no rights. Gathered together at the border, from now are economical migrants, political refugees, climate refugees, cosmic refugees, interstellar castaways and inter-dimensional survivors. 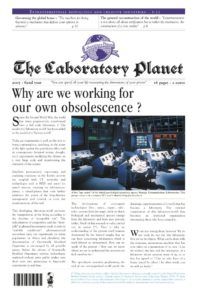 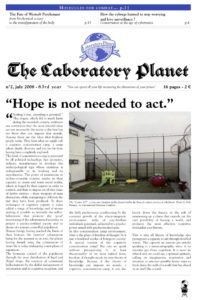 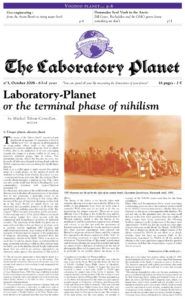 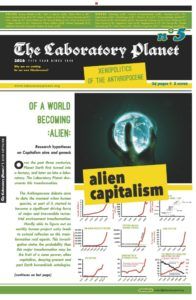 Past issues are available for free here.